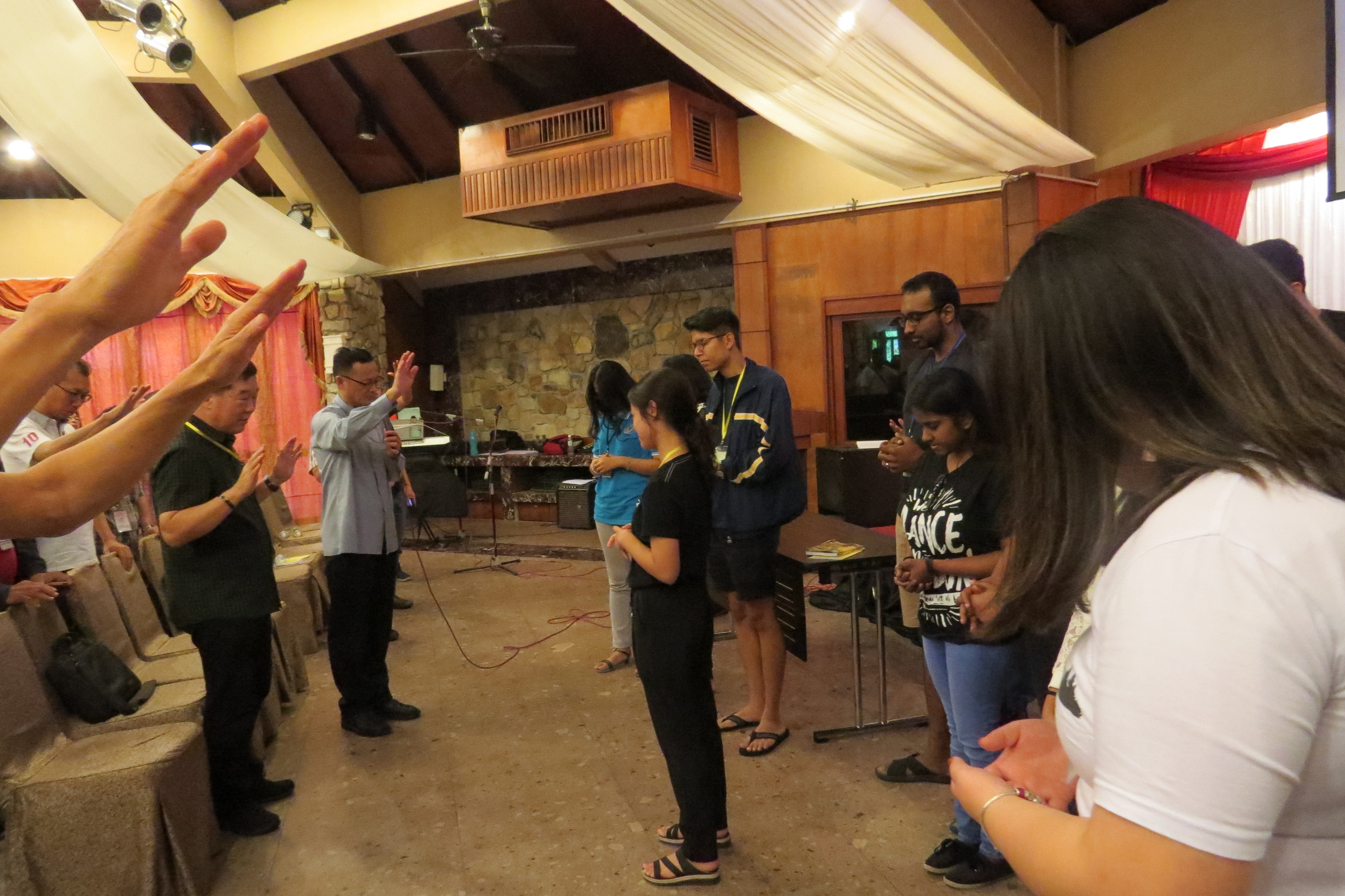 Traditionally, a community will take turn to host the annual get-together, which this year fell to the island community of Labuan known as the Marvellous Light of Yahweh Covenant Community (MLYCC).

FMCC is a joint initiative of the existing nine Malaysian Covenant Communities to promote and foster fellowship and communion among the communities, besides updating, encouraging networking, sharing of resources, and exchanging of experiences.

FMCC this year was blessed by the presence and keen interest of Archbishop John Wong, who was invited to preside the Opening and Closing Masses, as well as to share his insight and encouragement for the reflection of the communities.

In his written message to FMCC, he believed that the annual fellowship would be a good time for the communities “to share, update, listen and discern where you are within your own dioceses, and to see how your existence could contribute to the overall growth of your local churches”.

He also cherished the hope that they would continue to allow the Holy Spirit to lead them towards ‘holiness’ in the various journeying in their respective dioceses.

Referring to the Holy Father’s most recent Apostolic Exhortation “Rejoice and be Glad”, the prelate highlighted to FMCC members that the Call to Holiness as a suitable response to faith which God has gifted to each in their calling/mission as covenant community.  “A Christian cannot think of his or her mission on earth without seeing it as a path of holiness.” (GE. 19)

Explaining further the mystery of their call, Archbishop Wong said “The Lord asks everything of us, and in return he offers us true life, the happiness for which we were created.  He wants us to be saints and not to settle for a bland and mediocre existence.” (GE.1)

Aware of their struggles in their faithfulness to their calling, the prelate proposed four stages to holiness: 1) Stop, 2) Listen, 3) Look (Search), and 4) Gaze (into the mystery).

With this and more insights, Archbishop Wong suggested the ways and means the Covenant Communities could grow in holiness so as to be used by God, to serve God/Church/community.

One major purpose of the FMCC was to enable the Elders of the various covenant communities to meet for sharing, updating and discernment.  As was the norm, they met a day earlier ahead of the general gathering which included women and youth.

In his update on the Charismatic Renewal and the Catholic Fraternity of Catholic Covenant Communities (CFCCCF), FMCC chairman Anthony Lim announced to the gathering of the proposed establishment of “one service for one current of grace” to be called CHARIS, mandated by Pope Francis, which will become effective by Pentecost 2019.

Meanwhile, the women had their separate breakout sessions, enriching one another with their testimonies of faith and experiences.  This year saw a further enrichment with sharing of community exposure by Celine Lim and Christine Liew who had the privilege of visiting the Alleluia Covenant Community in Augusta, Georgia during their husbands’ attendance at the 18th International Conference USA at the end of June this year.

The youth, in synergizing the Praise Rally for the outreach to youth in Labuan, touched many with their ministry by their preaching and ministering.

In wrapping up FMCC for this year, Lim put it in a nutshell “Listening to their (youth) preaching, and witnessing to their joint ministry at the Rally, I am convinced that the future of Covenant Communities in Malaysia is in safe hands.” – Catholic Sabah