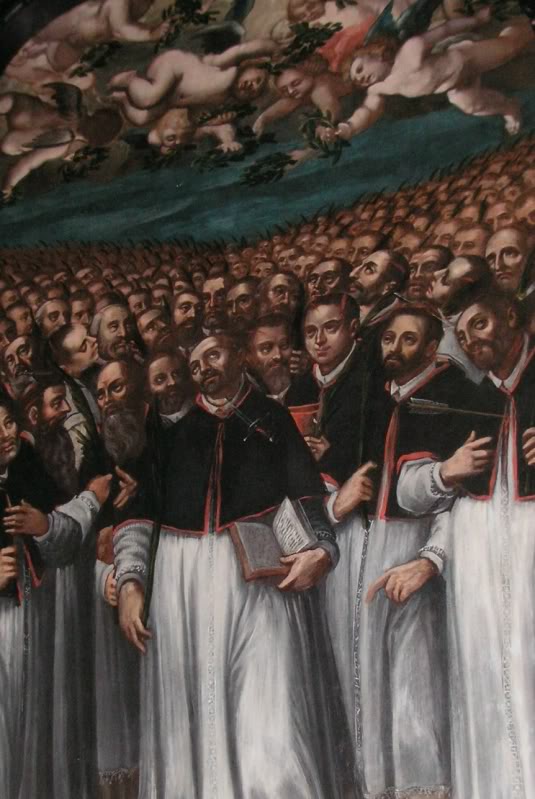 Edward Jones from Wales and Anthony Middleton from Yorkshire were both educated at the Douai College in Rheims. They became priests and were sent to the English mission in the time of Elizabeth I. Middleton was the first to arrive in England, in 1586, and pursued the ministry for some time without being discovered, helped considerably by his youthful appearance and slight stature. Jones followed, in 1588, and quickly became known by the English Catholics as a devout and eloquent preacher. The two men of God were hunted down and captured with the aid of spies posing as Catholics, and they were hanged before the very doors of the houses in Fleet Street and Clerkenwell where they were arrested. Their trial is regarded as full of irregularities; the reason for the summary justice dispensed to them was spelled out in large letters: “For treason and foreign invasion.” After offering their death for the forgiveness of their sins, the spread of the true Faith, and the conversion of heretics, they died on 6 May 1590.